In feudal time, embroidery was one of the crafts serving for the King, the mandarins and the entire nobles. Embroidered products were completed with cotton threads by the creativity of Vietnamese artisans.

The threads at that period were dyed by the traditional formula with the completely natural materials such as Dioscorea cirrhosa Lour (Chinese yam), Indigo, Malabar Almond’s bark, Caesalpinia ferrea, the leaves of Hura crepitans (sandbox trees), grind stones, the flowers of pagoda trees…making the foreigners greatly admire and give the judgment: “It appears that the pigment water colors of the craftswomen are very dirty, however, after finishing the pigment, it turned into an extremely strange full set of colors as if it was done with magic”.

During that period, embroidery was usually assumed by Vietnamese women. According to the conception of Confucianism, the women must perfect the four virtues:  “Diligent work, Appearance, Proper speech, Morality” as said by the ancient: “Men read the books and recite the poetries – Women with needles & threads do the sewing and embroidery”.

Gabrielle, a French scholar, specializing in East Asian cultural studies, wrote that: “Many places have passed to the descendants the strange crafts which are to draw with threads for making a lotus (bông tử – hoa bất tử?) blossom on silk, making the butterflies hover above the blue water surface. Annam embroiderers are more skillful than Chinese embroiderers in term of needle lines and stitches as well as the method of mixing the colors of embroidery threads”

Hocquard, an author of books, speaking about the embroidery at the end of XIX century, considered that: “Vietnamese embroiderers appear to be very clever at allocating the colors of embroidery threads on silk, to have the harmonious embroideries”.

Over the centuries of rise and fall, the embroidery might be up and down; however, the on-silk hand embroidered pictures of Vietnam are now becoming closer to the art of music, poetry, painting…by the traditional art of the country.

The primitive ancestor of embroidery

In the year of Fire Dog (1646), Le Cong Hanh, a mandarin in the dynasty of the King Le Chan Tong, was sent as a King envoy to China. It was unknown whether he had replied something perverse and then he was kept in an upstairs room and all the stairs were withdrawn. Staying upstairs for an entire day, he did not see anyone bring him the food.

Looking around in the room, he could see only an altar. In front of the altar, there were two parasols with green tassels and red tassels which looked very beautiful. Above hanged an altar-curtain embroidered the dragon & phoenix. In the middle of the altar, there was a statue of Maitreya Buddha with big belly and black paint. In front of the Buddha, there were an incense burner, a plate of betel and a bowl of water. Under the platform, there was a big jar to store the offering water but nothing to eat. In order to forget the hunger, he drank a few bowls of water. He looked at the Maitreya Buddha and then was curious to come closer to see what the Buddha was made from. He used his nails to prize up on the Buddha’s back and saw a small piece come out; he crushed it and got something like powder. He tried to taste a little bit of powder and found that it tasted sweetish.

Then, for three meals per day, he broke the Buddha’s arms & legs to eat and took the water in the jar when he was thirsty. Since it was boring to stay upstairs with nothing to do, he detached the altar-curtain. He found that the colored threads and the embroidered lines were very skillful. He carefully picked each thread to see how to embroider. The more he saw, the more passionate he became as if he could read a nice book. He thought: “I must learn about this method of embroidery so as to teach the people”. Having discovered completely how to embroider the altar-curtain, he detached the parasol to have a look ….

He ate almost everything of Buddha statue, and the jar of water was almost dry. Looking outside and seeing the birds flying, he was longing for their freedom. If only he had got two wings. As if he suddenly remembered something, he ran inside and watched the two parasols. He spread the two parasols, stood in the altar and jumped to the floor of the room. The parasol prevented the air, helping him to drop gradually on the floor. He was happy and said to himself: “There is the way to go down!”

He tightened the two handles of parasol to his body and jumped from the upstairs to the ground. Both parasols were like the big umbrellas spreading and helping him to drop gently on the ground. The guards at the gate shouted: “The envoy of Vietnam knows how to fly!”

Shortly after, he returned to the country, teaching the embroidery for the inhabitants of Quat Dong, Ha Dong villages. From time to time, the embroidery expanded to other villages of former Ha Dong province and then to Bac Ninh Hung Yen provinces. Many people from the embroidery villages of Thuong Tin District came to Hanoi and practice their profession, establishing the guilds at the streets of Hang Trong, Hang Chi, Hang Non, Hang Manh, Yen Thai.

So far, Le Cong Hanh has been considered as the ancestor of Vietnamese hand embroidery.

The embroidery in the previous centuries was still simple, always going round and round with the five primary colors of the threads and gold threads, making the goods for the king, mandarins, for pagodas such as hats, coats, costumes, altar-curtains, flags, pennons…

Nowadays, many artisans can embroider many paintings of the world and of the country, the portraits of the great leaders. The embroideries of the landscape such as One Pillar Pagoda, Ngoc Son Temple, Thay Pagoda, the land, the portraits are now the familiar products of the embroidery clients nationwide and abroad.

Before, to embroider a flower only needed to take the thread and tied it securely at a stretch from the beginning to the end and then spread the glue on, applying the dye to be colorful. Today, a skillful embroiderer is similar to a painter: It’s obligatory to know how to select the colors and mix the colors to dye the threads. Embroidering the portraits, the paintings, after expressing by the dyed threads, the craftsmen still has to mix the colors to apply more colors, making sure of the different grades of darkness & lightness of the colors to be identical to those of the painting. Therefore, the more we look at the embroideries, the more beautiful they are as we can find; and the more we find about the fine & skillful art of the hand embroiderers. 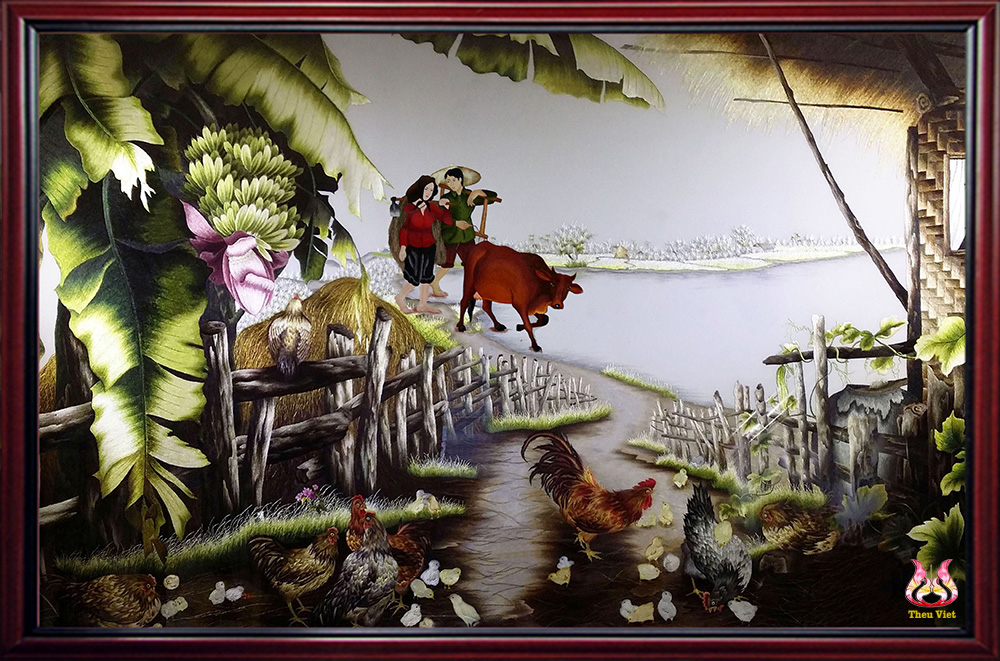 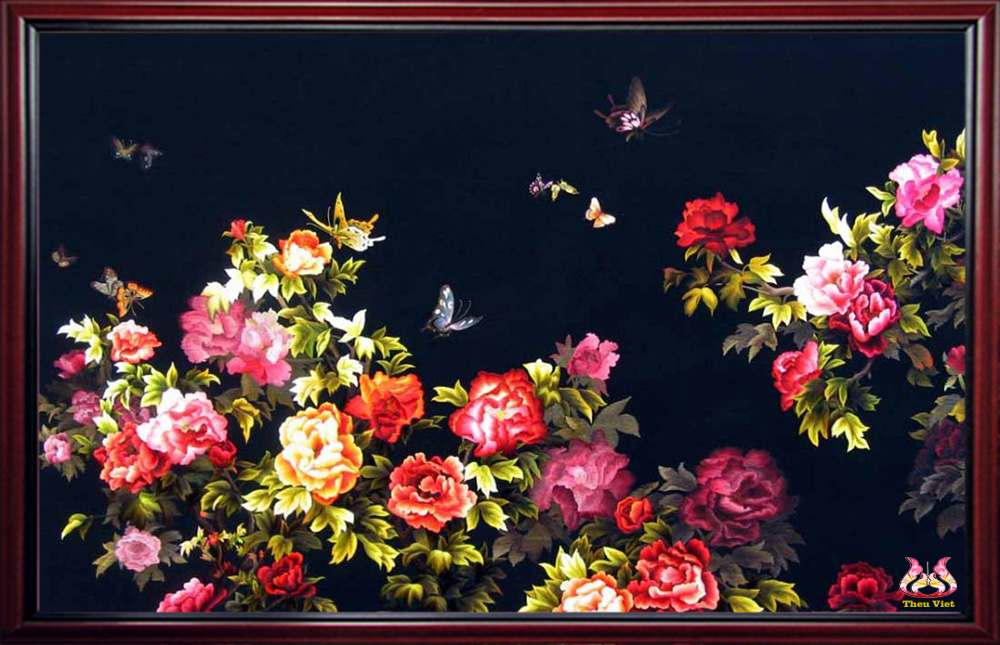 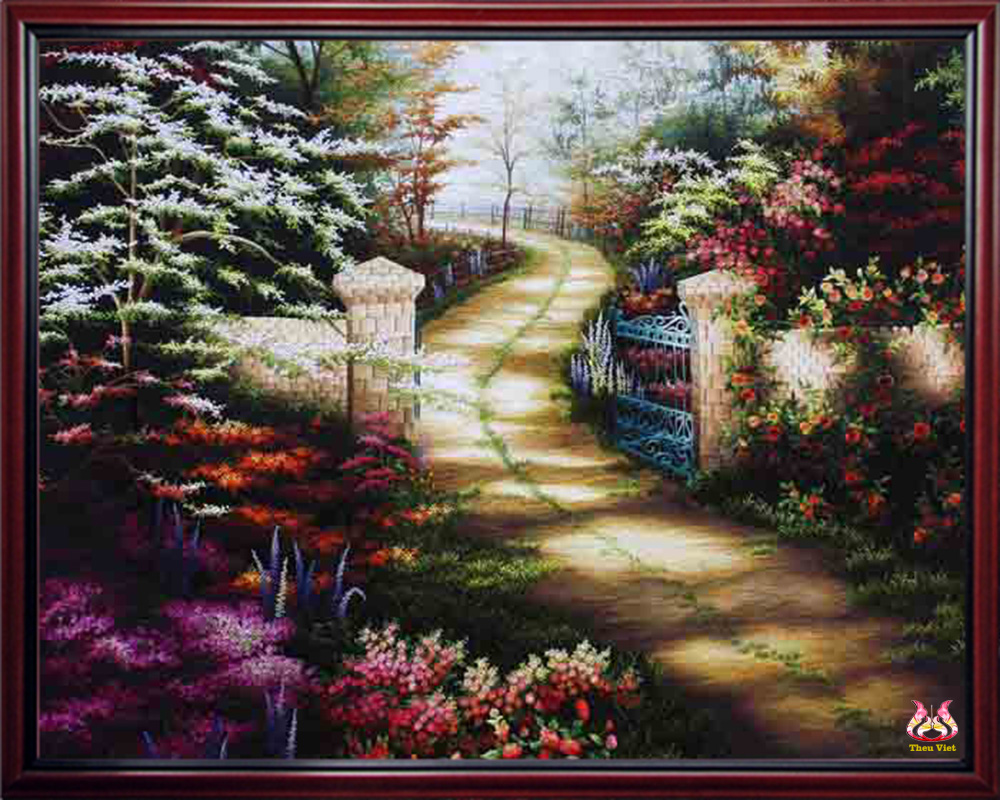 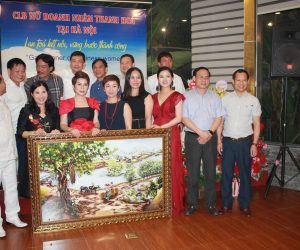 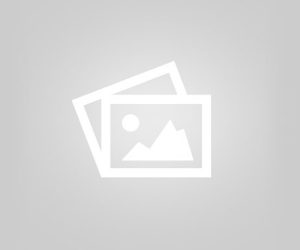 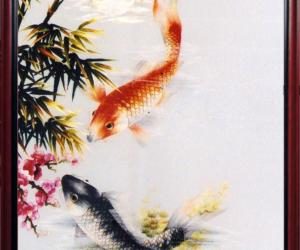